A bit of a dreamer

I just love this image - Suzette, from the Stamping Chef. 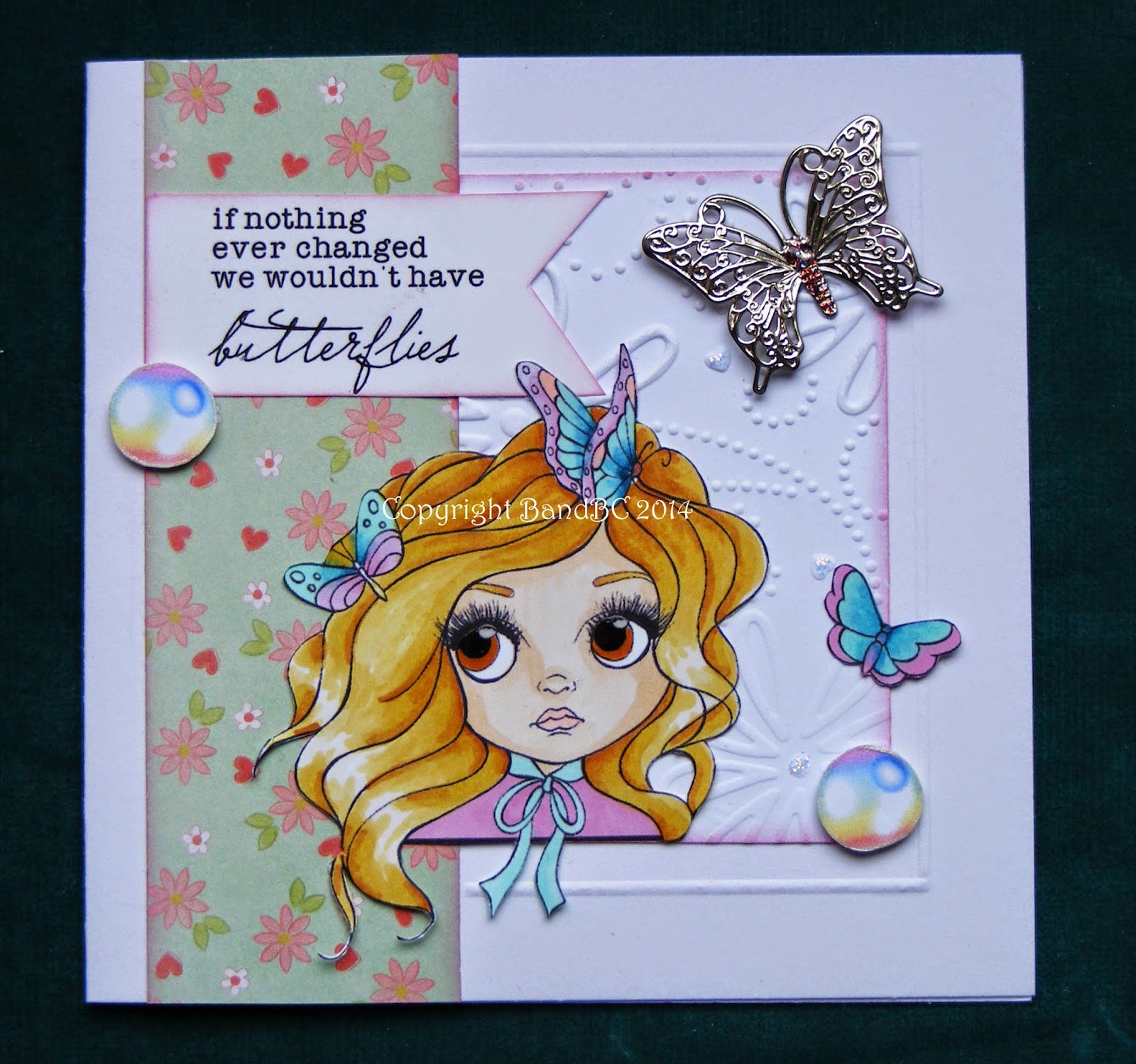 The challenge over at Glitter n Sparkle this week, is to "add some metal".
I've been looking for an excuse to use that metal butterlfy, since I bought at
at a craft show last year!
I used glossy accents to stick it to the card...
have never used that as a glue before, but it worked really well.
I coloured Suzette (which aso comes with the butterflies too)
with my Promarkers and mirage pens.
The paper along the side was an offcut from a paper pack.
(There's also an embossed offcut piece behind the image, too)
The sentiment is from Pink Petticoat... and it's so true!
The bubbles were a very last min thing...
I had some bubbles left over from a card I had just made for some friends,
and thought a couple would sit beautifully on this card... it looks so dreamy!

I would like to enter this into the following challenges...

Thanks for playing with us this week at Whoopsi Daisy’s Fussy Cutting Challenge! This is beautiful! Hope to see your work in our next challenge!
Hugs,
Karen C

A really cute card I love the image and layout.
Thank you for joining us at Whoopsi Daisy this week
Bettyxxx

Beautiful card and colouring. Until I discovered Cosmic Shimmer glue, I always used Glossy Accents because it doesn'r show through anything and it is very strong :o)
Jackie xx

What a pretty card your butterfly embellishment really stands out. Jacqui DT Bearly Mine

Lovely card. Thanks so much for joining us over at Bearly Mine Challenges, good luck and hope to see you again.
~ Denise DT ~
Bearly Mine Inspiration & Challenge Blog
{Denise's Patch of Creativity}

Not sure if I understand the sentiment, but I like the image.
Thank you for entering the Crafts Galore Encore Challenge #8 "Anything Goes for Di's Digis". Good luck and looking forward to seeing you again!
Annemaritta - CGE DT

Gorgeous card and beautiful sentiment. Love that little metal butterfly. Thank you for joining us at the Crafts Galore Encore Anything Goes Challenge #8 and Good Luck! Del xx

super sweet card!Thanks for joining us at BMC
hugs
laney

A pretty card!!! Thanks so much for participating in our {PIN}SPIRATIONAL challenge!! Hope to see you again for our next challenge!!
~DEANNE~
A Little Bit O' Paper